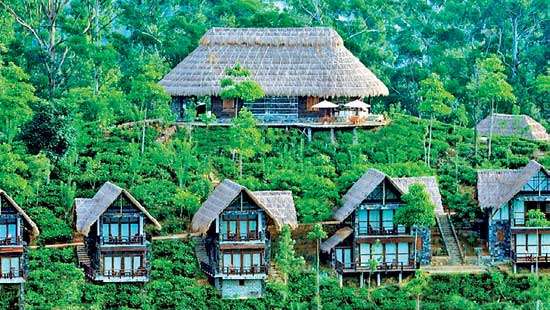 All eyes are on the Indian market, with Thailand scrapping many of its Covid-specific regulations to give a major boost to tourism in the country.

From May 1, the mandatory RTPCR test, passed 72 hours before departure, will be stopped.

The same will apply to the “Test and Go” method of entry, which involved an RTPCR test on arrival, followed by a one-day hotel quarantine.

The health insurance requirement has been reduced from $20,000 to $10,000.
While the “Thailand Pass” (tp.consular.go.th) is still required to enter the country, its documents consist only of the passport, proof of insurance and a double vaccination certificate.

“I am happy that many restrictions have been removed and I have had many discussions with the Thai government about this. It will definitely give a boost to Indian tourists,” said the prominent Indo businessman. -Thai Dato Satish Sehgal.
Somson Sachaphimukh, vice chairman of the Thai Tourism Council and the Indo-Thai Chamber of Commerce (ITCC), also lobbied for Indian tourists.

“Indian bands are waiting to come to Thailand, and that will definitely help,” she said.

In fact, during a roundtable discussion on tourism at the ITCC, Tanes Petsuwan, vice-governor, international marketing, of the TAT (Tourism Authority of Thailand) said that he expected at least 150,000 Indian tourists this year. .

“Few markets are as reliable as the Indian tourist market,” he said, adding that Indian tourists had increased by 27% as the country boasted 40 million tourists just before Covid hit in 2019. .

No less than 1.9 million travelers from India had generated more than 8.5 billion baht that year.

Petsuwan said he plans to attend SATTE, India’s leading trade show in May, with 25 Thai “sellers”.

The biggest boost for tourism between the two countries has of course been the resumption of commercial flights, after two years.

Indeed, Thai Airways held a major press conference in Bangkok to announce daily flights to Delhi and Mumbai, as well as flights to Chennai, Bengaluru and Kolkata, as well as to Phuket from Mumbai, by its sister company, Thai Smile.

Acting CEO Suvadhana Sibunruang said they are targeting various segments of Indian travellers, from FIT (independent foreign traveller) and VFR (visiting friends and relatives), to luxury segments like golfers, celebrities, groups wedding and cinema units. A new category would be “Digital Nomads”, encouraging Indian staff to work and vacation in Thailand’s beaches, mountains and resorts.
“Everyone is banking on the Indian market and we have had many meetings with hoteliers and travel agents to prepare for their arrival,” said Marisa Sukosol, president of the Thai Hoteliers Association.

Agreeing with her was Jackson Ferguson, vice president of the exclusive S. Hotels and Resorts in Samui, who said he has received many inquiries from India and recently hosted a group of Indian wedding planners.

Meanwhile, Dr. Vorrakorn Chamnanpaisarn, Chairman of TCEB (Thailand Convention and Exhibition Bureau), advised that India is their most important market.

“Before Covid, India was the second biggest market, with 200,000 visitors,” he said. These included banking groups, pharmaceutical companies and insurance companies. There was also a mega wedding market, which had up to 330 weddings, three to six nights each, in the year before Covid.

According to him, India was one of the “quickest” markets to rebound from a crisis, such as happened after 9/11, SARS, etc.

“India is a key market, and all visa restrictions should be lifted for them,” he said. He informed that they are planning new tourism programs for Indian incentive groups “because Indians love new unique experiences”.
With the war in Ukraine having drastically reduced European visitors, Asia was now the center of attention.

And since Chinese tourists are not allowed to travel outside their country, India was the targeted Asian country.

The day after the mandatory five-day hotel quarantine was scrapped on April 1, a mega Indian wedding took place on the resort island of Phuket, in which up to 15 million baht was spent on decorations alone.

It was also rumored that Bollywood actor Tiger Shroff had come for a long shoot in the country, as soon as the five-day hotel quarantine rule was lifted.
It looks like the floodgates will open for Indian tourists to Thailand after May 1.

The numbers are expected to rise further, after July 1, when Thailand plans to label Covid “endemic”, rather than a pandemic. 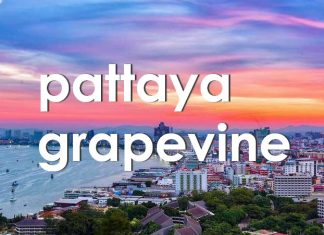